Octopi has a diverse team with expertise in security, hardware and functional programming.

Alejandro pioneers the protection of privacy via software libraries in Haskell (e.g., LIO and MAC), a research topic which took him to collaborate and work at Stanford University. This line of work impacted different research communities and appeared in prestigious conferences on programming languages (ACM SIGPLAN ICFP), operating systems (USENIX OSDI 2012 and 2014, and USENIX HotOS 2015), and security (ACM CCS, ESORICS, and IEEE CSF). Alejandro has contributed to software artifacts with more than 9000 downloads as well as a proposal for a security standards by the W3C consortium.

Mary Sheeran has done pioneering work on the use of functional languages for hardware design and verification. In her doctoral work, she developed muFP, a stream processing version of Backus’ FP for use in hardware description. This led eventually to work with Satnam Singh, Koen Claessen and others on Lava, an embedded design language in Haskell. She continued her interest in using functional programming for programming “strange stuff” through work on Obsidian for GPUs and Feldspar for digital signal processing software. Her invited talk from ICFP 2015 explains why the combination of functional programming and hardware design is still interesting, even making the link to the kinds of systems covered in the Octopi project: https://www.youtube.com/watch?v=gz8JpdAwtuo

Koen Claessen has been working with Haskell for over two decades. Together with John Hughes, he invented QuickCheck, a popular library for randomize property based testing. Koen has also created a number of different Haskell tools based on his research on automated reasoning, program testing, model checking, and of course, functional programming.

Dr. Carl-Johan (Carl) Seger received his M.Sc. in Engineering Physics from Chalmers University of Technology, Sweden in 1985 and his M. Math and Ph.D. degrees in Computer Science from University of Waterloo, Canada, in 1986 and 1988 respectively.  After seven years in academia, he joined Intel Corporation’s Strategic CAD Labs where he stayed for more than 21.  At Intel, Dr. Seger drove the development and successful wide deployment of formal verification of Intel’s microprocessors.  In 2006-2007 has granted a full year sabbatical from Intel and became an Oliver Smithies lecturer and visiting fellow at Balliol College, Oxford.  In 2016, he took early retirement from Intel and joined the Computer Science and Engineering department at Chalmers University of Technology as a WASP Professor. In addition to formal verification of hardware, Dr. Seger’s research interests focuses on how to design and verify correct, robust, and secure software/hardware systems for autonomous vehicles and other autonomous systems

John Hughes’ interests are in functional programming and software testing. He was one of the original designers of Haskell, and wrote a functional programming manifesto with over 1,000 citations. With Koen Claessen, he developed QuickCheck in Haskell, the first property-based testing tool, which has inspired look-a-like tools in 35 other programming languages; the original QuickCheck paper has over 1,000 citations, won the “Most Influential Paper” award for ICFP 2000, and is the most cited ICFP article of all time. The Haskell QuickCheck has been downloaded over 300,000 times. With Thomas Arts, he founded Quviq AB to commercialize property-based testing, and applied it to a wide variety of industrial software. His passion is making hard things easy, with functional programming!

Nachi is a PhD student in the Information Security division at Chalmers. He is interested in all things sound, and considers typed functional programming as a practical means of realising ideas from proof theory, type theory and category theory. He is currently working on the foundations for secure programming of small embedded devices using Haskell.

Matthías Páll Gissurarson is a PhD student in the Functional Programming division of Chalmers. His interests include functional programming, building tools, Magic: The Gathering and being an armchair philosopher. He’s currently working on the programming model for the Octopi project, a platform to program secure IoT applications.

Agustín is a PhD student in the Information Security division at Chalmers. He previously received his Licentiate degree in Computer Science from the National University of Rosario, in Argentina. His main research focuses on using functional programming to develop novel automatic testing tools, especially when it comes to random testing. He is also a collaborator of the QuickFuzz project. 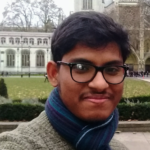 Abhiroop is a PhD student at the Functional Programming division at Chalmers. His research interests lie at the intersection of parallel and functional programming. His focus has been on efficient code generation and runtime implementation of Functional Programming languages. He primarily hacks on the Glasgow Haskell Compiler (GHC) and is currently investigating ways to scale the GHC runtime on resource constrained hardware. 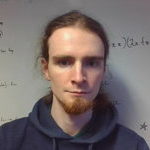 Jeremy is a PhD student in the Functional Programming division at Chalmers. He is interested in proofs, programming languages, and the reliability of systems. He is currently investigating the use of specialized hardware to accelerate lazy evaluation in small devices.